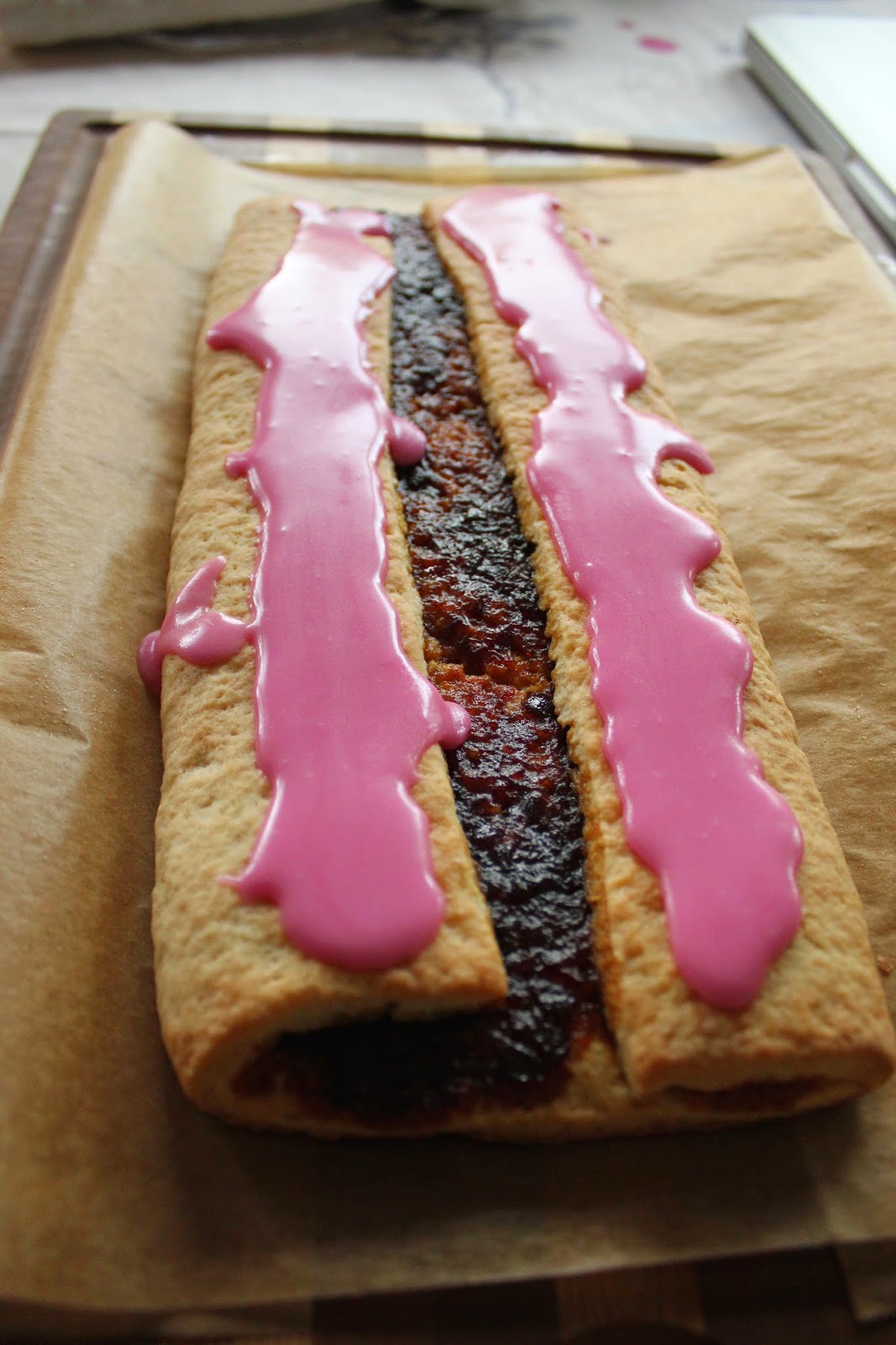 This is the pastry we associate the most with our late grandmother - we even helped make it several times. It is really tasty and quick to make. There are no eggs in the recipe, these were generally pretty expensive in Iceland back in the day, so that must have been an added bonus and possibly the reason for why grandma made this so often.

When we published this recipe on our Icelandic blog the recipe was a huge hit, so many of our readers seemed to recognize it from their own grandmothers or youth, so we think it is fair to say that this is an Icelandic classic :)

Note: The recipe is big, 1 kg of flour is used. If you don't feel like making a huge batch all at once, it is fine to scale it down and making half or even a third of the recipe.

Put the dry ingredients in a large bowl, mix together. Add the butter and mix it in by hand by crumbling it in with the flour mixture. Pour in 2 dl of milk and knead well, add more milk as needed to get a smooth dough that is not too dry and not too wet (it shouldn't stick to the table surface).

Divide the dough into two to three parts (depending on how large you want each part to be). Roll each part out into a rectangle (see picture) - I would recommend rolling it out on a baking sheet so you don't need to transfer it later on. Put rhubarb jam in the middle part of the dough and fold the sides over the middle.

Bake at 180 celsius for 12 - 15 minutes or  until golden brown. Let cool completely, spread the frosting over the cooled pastry and cut into slices.

Promote Your Page Too