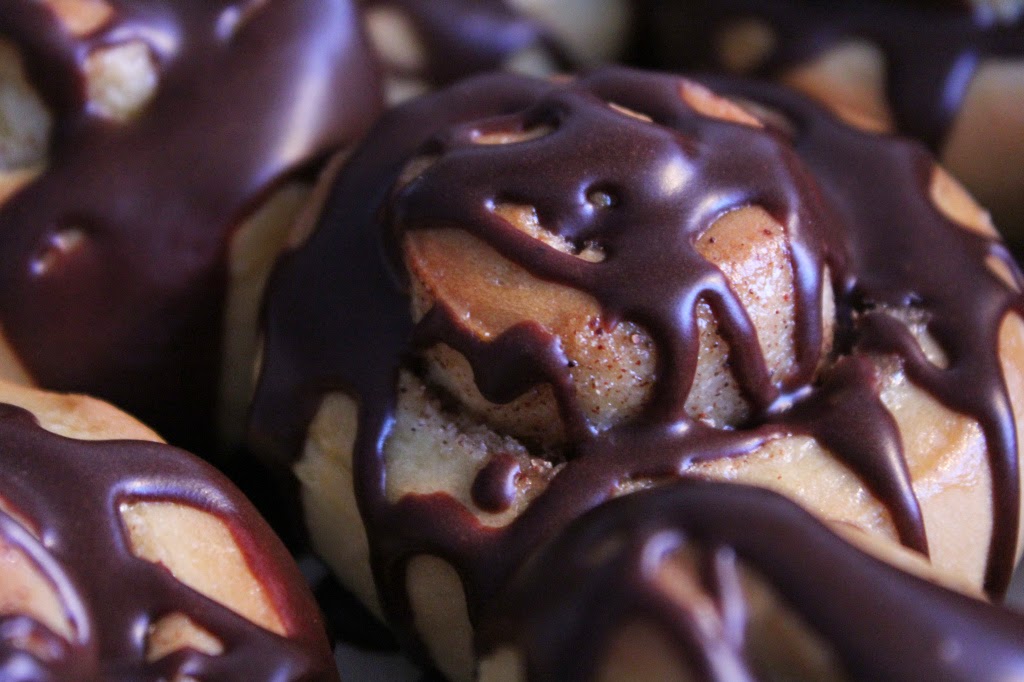 As the title indicates this recipe hardly qualifies as strictly Icelandic. However, the recipe has been in the family for a really long time - it originally came to us from a Norwegian Au-Pair that stayed with us for a year back in 1985, and it has been baked by both our mother and ourselves so many times that it has certainly become part of the family cook book. We honestly think this is one of the best Scandinavian cinnamon roll recipes out there. Cinnamon rolls are actually immensely popular in Iceland, as they are in all of the Nordic countries so we feel that sharing

this recipe is a must :)

A word of warning: this recipe makes quite a lot of cinnamon rolls. If you feel like trying it out but don't want to end up with a freezer full of cinnamon rolls, consider scaling it down to half its size!

Divide the dough into three equally sized portions. Using one portion at a time, roll it out on a floured surface into a rectangle. Sprinkle cinnamon and sugar over the rolled out dough (the quantity is a matter of taste, I say more is better than less ;) ). Roll the dough up and cut into slices. Line a baking tray with a baking sheet and put the slices on it. Leave to rise for approx. 30 minutes. Repeat with the other two portions of the dough.

Heat the oven to 180 celsius. Bake the rolls for 10 - 15 minutes or until golden brown. Once the rolls have cooled, we usually but chocolate frosting on them. Not really rocket science, just mix cocoa, powdered sugar and water together until spreadable and enjoy on a freshly baked cinnamon roll :)

Promote Your Page Too